4Mi’s male and female monitors conduct in-depth interviews on a continuous basis with men, women and youths. Where possible they also interview smugglers and others involved in the facilitation of mixed migration. Monitors are trained and closely supervised and use a smart phone-based survey application to record and transmit completed interviews to regional 4Mi hubs for storage and analysis. As of early 2018, 4Mi collects approximately 1000-1200 interviews every month. 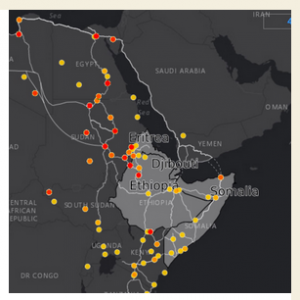 Information collected directly from refugees and migrants on the move or who have recently arrived at a point of destination or returned home is critical to the work of the Mixed Migration Centre (MMC).

It is critical to our understanding of the drivers of migration, the choices people are making in terms of their journeys and destinations, their intentions and aspirations, and especially necessary to understanding the conditions under which they travel and their protection needs.

Currently, 4Mi manage approximately 100 monitors in 20 countries including some in northern and southern Europe. The primary focus of our interviews are those using the West African route towards Libya and onwards to Europe, the routes out of the Horn of Africa to Yemen, Southern Africa and Europe, the North African route from Libya and Tunisia to Europe and in Asia the flow of Afghans out of Afghanistan towards Europe as well as into India and Indonesia. In 2018 and beyond, 4Mi intends to expand to cover other regions of the world and additional routes used by refugees and migrants.